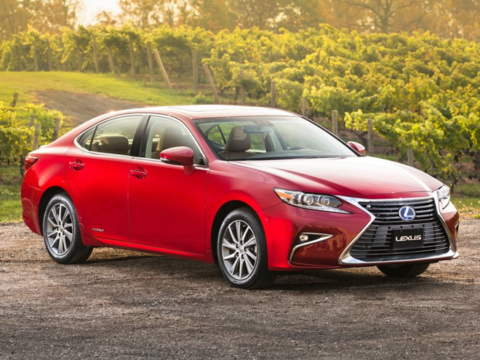 The ES 300hES from Lexus became popular in no time as a premium sedan that got equal upvotes as patronizing luxury over its sporty gears and is currently available in two forms. While the ES 350 is being powered by a 3.5-liter V-6 engine, the hybrid ES 300h runs on a gas-electric powertrain.

As shared by the Lexus San Diego dealer, for their 2018 model Lexus has introduced their Enform Safety Connect and Service Connect and have offered them as free of cost for the first 10 years of ownership. The only design change observed prominently this year is the elimination of the dark metallic paint that used to surroundthe headlights earlier for cars that were using bi-xenon lamps.

The Look and Feel

The 2018 Lexus ES grabs an ultra-posh interior wrapped within a sophisticated exterior with an aggressive front end. Since the last couple of years, the basic silhouette of the vehicles remains unchanged, except the front fascia that has upgraded into a “spindle” grille and its brash chrome surrounding lets you feel different from the rest of the car. The grille shaped almost like an hourglass, gets wider both at the top and the bottom with a pinched waistline at the middle. This makes the car grab instant attention even in a packed traffic signal.

The contours along with the curves of the dashboard gets wider and horizontal that make the ES look more spacious.The high-mounted and navigation system remains hooded among the instrument cluster and hides itself behind the steering wheel that allows some more space in the driver’s seating area come and appear to be quite elegant yet practical. Not many could appreciate the piano-black with matte metallic trim, while that was appreciated by a chosen sector of buyers. The wood trim placed on the high-end models of EScan cast quite a long lasting positiveimpression and has thrown many competitors in the class a tough challenge to fight against.

As a Sedan, the Lexus ES 300h has a fuel efficiency that attracted people as its greatest highlighted feature of being able to provide a 40 Combined MPG. The Drivetrain of this model is generally of Front-wheel Drive supported with a 2-speed CVT w/OD and auto-manual Transmission.

The two powertrains of the ES exhibit distinct characteristics. Generally speaking, the buyers were mostly going for the traditional V-6, with a 3.5-liter unit that is able to deliver ahorsepower of 268 when paired to the 6-speed automatic transmission driving with the front wheels. The effect can be seen in its smooth and fast rolling that ensures a comfortable ride throughout without letting the driver or passengers undergo any journey fatigue.

As concluded by the Lexus dealer San Diego, the best part of the Lexus ES 300h model is its superior Interior design with bright range of instruments without any touch-sensitive panels. The vehicle accomplishes a high-end App-compatible multimedia system.