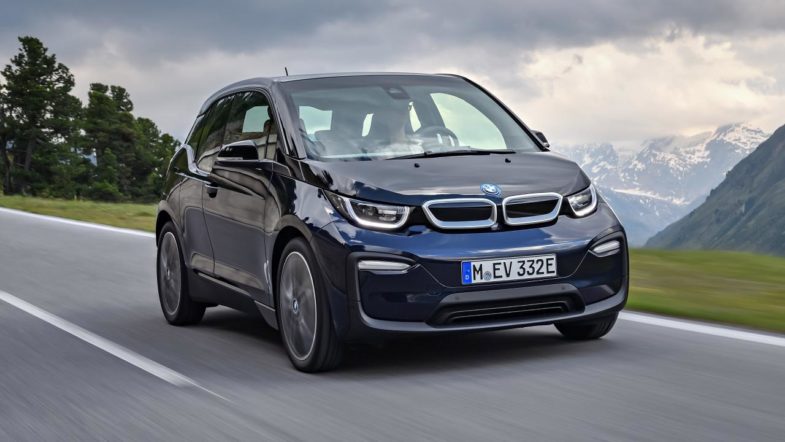 The 2019 i3 model from BMW is an all-electric hatchback that has many reasons to boast about. It started with the proud declaration that one need not expect any conventional feature in this model, that used to be regarded as performing in the most eco-friendly way. Saying that, they meant that this electric hatchback has all the revolutionary ways of participating in the green movement taken up by the automobile brands.

For the year 2019, the 2019 BMW i3 as a small electric car receives a bigger battery than that of its last year edition that has increased nearly by one-third. It is now the 42.2-kwh battery that can cover 153-miles of range to compete with its closest rivals.

As portrayed by the SLO car dealerships, this is a model from BMW that never stays longer than a couple of days in the showroom, and makes the staff run on their toes when people catch a glimpse of it on the showroom floor.

The 2019 year edition of the BMW i3 comes in trims called Deka, Giga, Mega, and Tera. The i3 looks smaller in size than most of its competitors that is sculpted in a futuristic shape that really makes it a standalone model in the row of other electric models from other brands. The interior however wears a completely different look, that looks more subdued in comparison to the striking exterior design.

Gone are those days, when people used to under rate the electric vehicles because of their baby step performances. Today an electric model like i3 can make a count of 170-horsepower solely from its electric powered motor that is more than many conventional small cars. The 42.2-kwh battery can make the i3 cross a range of 153 miles as measured by the EPA, and that is quite a commendable performance in the chart of EVs. If you want to inspire your neighbors to go electric, opt for the sportier i3 models that can squeeze out the horsepower up to 184 with the same battery but with slightly different mechanism.

The 2019 BMW i3 has a bigger surprise stored for you as it comes with four passenger doors, among which the smaller sized rear doors swing open right in the opposite direction of the driver and the passenger doors, which was an old style in the still old cars. For your luggage, the 2019 BMW i3 gives you 15 cubic feet of cargo space with the rear seats set upright in its place, while it stretches till 40 cubic feet when you fold down the second row for more space.

For infotainment section BMW has installed in the 2019 model year of i3, a 10.2-inch touchscreen display that come with one year subscription of Apple CarPlay compatibility, while features like 19-inch wheels, cloth upholstery and Bluetooth connectivity are added among the convenience package that rounds up the deal for the buyers, according to the sales experts of the SLO car dealers.