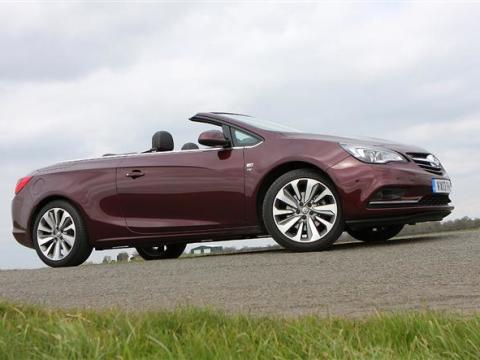 If you are planning to buy a car for reasons such as comfort, styling, and driving thrill, you definitely need to check out the new full-size four-seat Vauxhall Cascada Convertible. Elegant to the core, the new Cascada significantly notches up the ‘glamour’ quotient of the convertibles by adding year-round usability to it. The Vauxhall Cascada is an extraordinarily high-quality convertible, which has been designed dynamically and is a real pleasure to drive. As such, the Cascada – which expands the existing Vauxhall line-up, comprising vehicles like Adam, Ampera and Mokka – needs to be given due consideration, especially because of the following reasons, if you are going in for a new convertible.

Stiffer than Vauxhall’s earlier open-topped car models: As per Vauxhall’s claims, the Cascada Convertible has a comparatively much stiffer body-shell than the manufacturer’s earlier models of open-topped cars. Speaking in more specific terms, the new Cascada 43 percent stiffer, and has 10 percent more resistance to bending forces, than Vauxhall’s Astra Twin Top. Moreover, the new Cascada also boasts the HiPerStrut front suspension set-up; with the additional underbody reinforcements of the car leading to a significant enhancement in its NVH levels.

Striking styling and familiar design features: Another reason for you to consider buying the new Cascada Convertible is the styling of the car is notably striking, and has apparently been inspired from the bygone era’s luxury touring vehicles. Furthermore, the Cascada also has all the familiar features of the Vauxhall vehicles, including doors with ‘blades,’ rear lights shaped like wings, and the well-distinguished chrome grille. The vehicle’s bonnet features a characteristic power dome; while the headlight design is a new one, with LED daytime running lights. So far as the interior styling of the Cascada Convertible is concerned, the materials used in the car are of superlative quality; with Nappa-leather trimmed seats being one of the premium options.

Noteworthy amalgamation of Astra and Insignia elements: Yet another reason for you to consider buying the Cascada Convertible is that the groundwork of the vehicle is a platform that wonderfully amalgamates some of the most striking elements of the Astra and the Insignia. While Vauxhall’s torque steer-reducing HiPer strut system of the Cascada had first come aboard the Insignia VXR; the rear suspension of the new convertible features a compound crank beam axle design. Additionally, the Cascada Convertible can also be equipped with Vauxhall’s FlexRide adaptive chassis technology, which unfolds three selectable driving modes.

High-quality fabric roof: By far, one of the most alluring reasons for you to consider the purchase of the new Cascada Convertible is its high-quality fabric hood, which brings about a manifold increase in the excitement as well as practicality of open-air driving. The soft top of the Vauxhall Cascada is aerodynamically clean, and is just the ideal fit for the no-pillars style of the car. Made of premium quality fabric, the roof of the Cascada boasts a heated glass rear screen, and can bring sunshine into the car in barely 17 seconds; the time it takes to disappear completely underneath an equally premium-quality tonneau cover! Instinctively simple in operation, the roof of the Cascada Convertible has three colour options to select from, along with 10 exterior colour choices.

In a nutshell, the Cascada Convertible is a car you should consider buying if you are searching for an elegantly designed, solid and classy open-top vehicle to flaunt your individualistic style on the road; especially in the most-affordable full-size convertible available in the market. Despite the fact that the Cascada Convertible is a higher segment car – and somewhat bigger too – than Peugeot 308 CC, Volkswagen Eos and VW Golf cabriolet, it has a significantly lower price-tag than the Volve C70; costing around £25,000 for its base model!