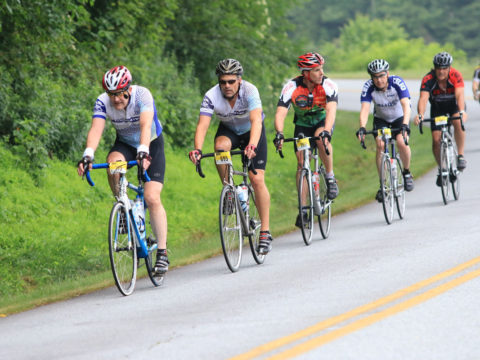 We all know that bicycle safety is important, but modern myths are limiting our acceptance of what that entails. While some myths may be widely accepted, that doesn’t make them true and adhering to them could actually put bicyclists at greater risk of injury. Here are some common myths dispelled to help cyclists enjoy a safer ride on the road.

Riding with Traffic is Dangerous

This is only true, where the cyclist isn’t obeying the rules of the road. As long as the bicycle rider merges with traffic and rides in the center of the lane, he can coexist safely with the vehicles on the road. In fact, bicycle education course teach “lawful vehicular cycling” as the safest way to share the roads with cars and trucks.

Cars Can Pass Bicycles in the Same Lane

Although this may be covered by the previous point, this myth is common enough that it deserves special attention. Most state laws now prohibit motor vehicle drivers from passing bicyclists within the same lane. Instead, they must wait for a passing lane with no traffic and pass the cyclist as they would pass any other slow-moving vehicle.

You Don’t Need a Helmet for a Short Ride

It’s common for most automobile accidents to occur close to home and the same is true for bicycle-related accidents. The severity of any accident, even those that don’t involve a motor vehicle, often depends on several factor, such as the condition and level of the road. The bicyclist’s speed can also play a factor and bicycle power meters can help determine how much speed is behind the rider’s pump. Wearing a helmet can reduce the risk of suffering a severe head trauma by 85%, so cyclists should never ride without one.

Riding on Sidewalks are Safer

This is not true at all. There are thousands of accidents that involve cyclists and pedestrians every year. Additionally, bicycle/motor vehicle accidents are more likely, when the cyclist is riding on the sidewalk. Drivers aren’t expecting bicycles on sidewalks, so they’re more likely to be in a collision, when turning into an intersection or driveway. It’s far safer to ride in the road, where drivers can see you.

Whether riding for recreation or as a means of transportation, bicycling can give you much needed physical exercise and benefit the environment by reducing the amount of gasoline and oil being used on the roads. Still, some fear that bicycling on the city’s roadways is especially dangerous. To the contrary, bicyclist fatalities only make up 2% of traffic accident deaths. This means cycling is a safer activity, enjoyed by millions of people.

It’s the Driver’s Responsibility to See You

This is true to an extent, but it’s also up to the bicyclist to make sure he or she is constantly visible in traffic. You want to make sure you can be seen by pedestrians and other cyclists, as well as by the vehicular traffic with which you share the road. Wearing neon and fluorescent colors are a great way to stand out in traffic. For times when lighting may be low, particularly from dusk until dawn, wearing outerwear with reflective material is advised.

Also, it’s important to make the bicycle equally visible. Make sure there are reflectors attached to the front and rear of the bike, as well as on the spokes of the wheels. Adding a headlight to the front or a flashing red light to the back can also enhance your bicycle’s visibility on the road.

You Can Ride Any Bicycle

Proper bicycle safety involves more than just wearing proper equipment and obeying traffic laws. It’s also important that you have a good fit with your bicycle. Standing over your bicycle, there should be a clearance of 1-2 inches between you and the crossbar. When selecting a mountain bike, there should be a maximum clearance of 5-6 inches. When adjusting the seat height, one foot should be on a pedal, while the other leg should be fully extended. A slight bend in the extended leg is advised to select the proper seat height.

Being safe on the roads means staying alert and focused on riding the bicycle. For instance, wearing headphones and listening to music can be distracting and will inhibit your ability to hear horns and other indications of oncoming danger. Instead, concentrate on looking for obstacles, like potholes, broken glass, or stopped vehicles.

Bicycling can be a great way to get exercise and enjoy the fresh air. While there are certainly risks in sharing the roads, the likelihood of getting into an accident are minimized by taking a few safety precautions. Remaining alert and obeying the traffic laws in your community can help you enjoy a safe and exhilarating ride.