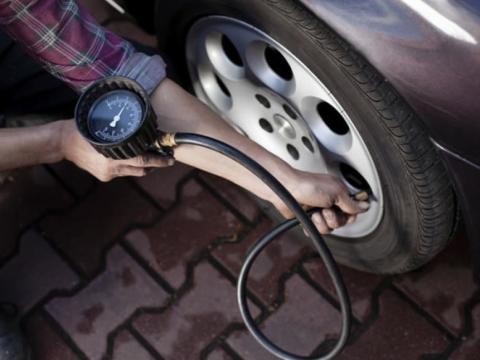 When the time comes to call in the professionals to carry out those pesky mobile puncture repairs, the last thing you want to worry about is being lumped with a counterfeit tyre. It really wasn’t all that long ago that the very notion of a ‘fake’ tyre was one that seemed pretty far-fetched to say the least as while the world’s knock-off merchants were rather adept in many areas, making wholly convincing fake tyres was another story altogether. Well, it’s sadly safe to say that things have changed rather starkly over recent years as if there’s a product or commodity out there that’s worth money, you’d better believe that there’s somebody making fakes.

A series of television programs over recent months have been documenting the scale of the problem, which is suffice to say a hell of a lot bigger than most would expect. While it’s hardly shocking to hear of a few dodgy tyres creeping into the mix here in the UK, it’s another thing to learn that hundreds of thousands of the things have flooded the market on a global basis and are being stepped up in numbers all the time. And what’s more, with each new batch that heads out into the wild it’s becoming more and more difficult to identify the fakes from the genuine articles by visual inspections alone.

Of course, there are those that will always question whether or not it really matters – as in apart from the fact that what these guys are doing is illegal. The fact that it’s possible to pick up what looks and feels like Continental or Michelin tyres for 50% lower than their standard market price seems like an offer that’s too good to be true, so even if they do wear out a little quicker, isn’t this still a bargain?

The simple answer is no, as not only are you technically breaking the law and putting money into the hands of criminal gangs, you’re also putting the safety of yourself, your passengers and every other road user at risk. Look like the real deal they might, but in terms of performance, integrity and safety, these tyres are about as well-tested and appropriate for use on real cars as an onion ring. If you’re lucky, you’ll find yourself with a tyre that wears out in a matter of weeks and constitutes a waste of money. If you’re unlucky, you may find yourself trying to survive in the aftermath of multiple blowouts only to then find you don’t have a legal leg to stand on because you willingly bought fakes.

Which of course leads to the obvious question – how can fakes be avoided? It’s not as if most motorists really know the first thing about tyres, so what chance do most have when it comes to identifying counterfeits?

Well, the answer is in many respects no chance at all – go over them with a fine-tooth comb as close up as you like and you still won’t see any real differences. As such, it’s instead important to follow a few common sense pointers when it comes to sourcing the tyres and the surrounding circumstances.

So really, it’s a case of spotting counterfeit tyres being pretty difficult but avoiding them being pretty easy to say the least. It’s all about common sense, proactivity and ticking a few important boxes – follow the above tips and chances are you won’t go far wrong.