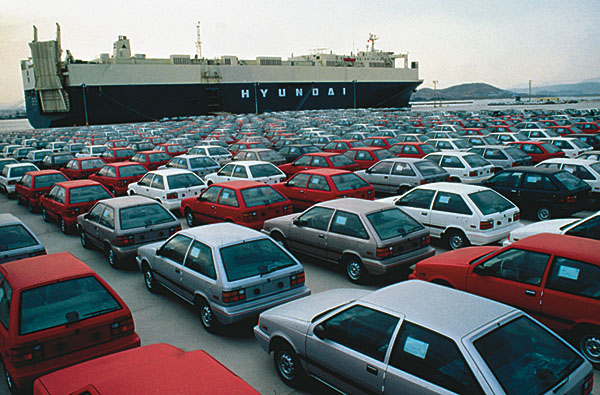 The U.S. auto market is on track to recover to levels before the crisis of 2008, following the publication of the July sales figures, which indicate that consumers are steadily returning to dealerships in the country.Major automakers operating in the United States reported Thursday on increases of more than 10% of sales last month.

The July figures, together with the rest of the year, and forecasts that the last months of 2013 will be even more powerful with the arrival of new models, suggest that manufacturers will have their best sales year since 2007.

The rise of the transactions in the sector is being helped by low interest rates and maintaining the U.S. economic recovery, as indicated by the manufacturers.

“The consumer confidence also maintained high levels, as evidenced by strong sales to individuals,” he added.

After the financial crisis of 2008, many American homes delayed replacing their vehicles. But now, with the economy improving, many consumers are turning to dealers to replace their old cars with more efficient models.

This is the case of the Ford group (consisting of Ford and Lincoln brands), which is experiencing a sharp increase in demand for its smaller models like the Fiesta, Focus and C-MAX.

Ford said Thursday that sales of these models grew 32% during the month, but the demand for some of its urban terrain, as the Edge and Explorer, experienced notable promotions.

The recovery of economic activity in the United States is also helping to increase the demand for pickups “pick-ups” which for many small businesses and self-employed is a working tool.

That was the case of Chrysler Group (composed of the Chrysler, Dodge, Jeep, Ram and Fiat) whose results were driven by strong demand for Ram trucks, 32,078 vehicles, up 31% from July 2012.

Reid Bigland, head of Chrysler Group’s sales in the United States, said through a statement that “we continue to see strong sales to individuals, particularly of our vans ‘pick-up’ and off-road, and that has helped the Chrysler Group to our 40 consecutive month of sales growth. “

In the case of GM, sales of full-size trucks soared 51%. The main U.S. manufacturer also said sales to small businesses increased 61% due to the dramatic increase of 107% of the demand for these trucks business “pick-up” of great size.

The level of car sales in the U.S. in July was the equivalent to the sale of 15.7 million units per year, a level not reached since before the 2008 crisis that nearly killed General Motors and Chrysler Group, and 1.6 million units higher than 2012.

GM provides that, when finished 2013, the sector could have sold in the North American country around 15.5 million units, a level not reached since 2007 when 16.1 million cars sold.