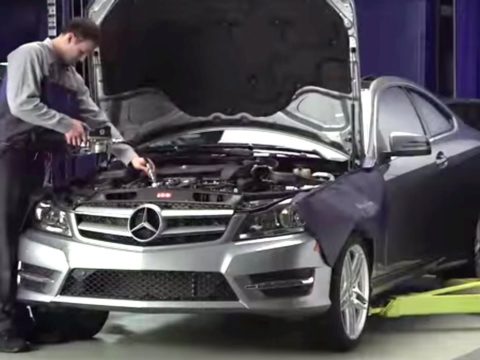 Performing car maintenance tasks on your own can save you a tremendous amount of money if you know how to do it the right way. Of course, some tasks are more complex than others, while there are those which include special conditions. For instance, a fluid check and a wiper replacement are tasks that can be performed without any previous knowledge or experience and all you need is a brief tutorial (which can most commonly be found on YouTube). Nonetheless, knowing how to do something and being able to do so in the most frugal manner is not one and the same thing. Here are some tips you might find helpful on this front.

First of all, it’s important to understand that the very process of changing oil isn’t that complex, to begin with. On the other hand, when it comes to oil change, the issue of storing used oil prior to disposal is a huge problem from the environmental standpoint, which prevents some of the more planet-minded drivers from performing this task on their own. To manoeuvre around this problem, you can save old oil jugs and store the used oil there, while some go as far as to pour this oil into empty milk jugs.

While changing your oil, it’s also a good idea to grease fittings that you can reach, and the easiest way to do so is with the help of a lever-action grease gun. These gadgets usually aren’t expensive and, seeing as how they are a one-time purchase, it’s fairly easy to justify them as an investment.

Another thing you need to keep in mind is the fact that, as your tyres deteriorate, the functionality of your vehicle diminishes as a whole. Therefore, it’s recommended that you rotate your tyres every six months. For those who don’t drive that much, rotating them roughly every 10,000 km (6000 miles) will do the trick. Apart from this, you should also replace them as often as you can, which shouldn’t be that hard on your budget if you find good retailers. For example, you can find reliable tyres in Blacktown in stores such as Tyre Empire, who are not tied to any single tyre manufacturer brand, which means that they have a much wider selection of frugal tires.

The next thing you need to understand is that some repairs are fairly easy to pull off on your own and may take less than 2 minutes of your time, however, diagnosing the problem may be outside of your scope. This means that taking your car to a mechanic and paying for the diagnostics might be a worthwhile investment even if you don’t aim to leave the repair up to them.

The perfect example of how this works is the replacement of the magnetic clutch relay, which sounds like a complex repair, yet, is one of the simplest replacements you’ll ever make. The price of a repair usually goes at about 5 to 6 times the cost of the part, even though the replacement process is that simple. This is due to the fact that most people haven’t got a clue about what the repair process actually looks like and are, thus, willing to overpay for it. Still, it is highly improbable that a layman would know how to recognize this problem on their own unless they’ve had similar previous experiences.

In some other scenarios, the diagnosis itself may be misleading. For instance, something as simple as a buzzing noise while trying to turn over the engine might be a problem you can fix by purchasing a $30 ignition relay switch. An unconscientious mechanic, on the other hand, could name a starter or a fuel pump as the problem, thus making the repair significantly more expensive. This is the opposite of what we’ve discussed in the previous section, seeing as how it allows you to go to a mechanic with a diagnosis and insist on a certain repair.

The last thing you need to understand is that there are so many ways to save money by maintaining your car properly. First of all, a frugal maintenance prevents you from having to spend a small fortune on complex repairs later on. Second, it postpones a situation in which you need to purchase a new vehicle and finally, it opens up the possibility that you’ll be awarded a new vehicle by the manufacturer as a PR stunt. Some manufacturers like Toyota are willing to give a brand new car to everyone who manages to drive over a million miles with their vehicle. While this is not necessarily feasible, it’s definitely an additional incentive.

At the very end, before taking your vehicle to a mechanic, you need to ensure that you know what the repair looks like, even if it’s not something you’re willing to try pulling off on your own. The above-listed replacement of the magnetic clutch relay is the perfect example of why. The fact that the repair process sounds frightening doesn’t mean it actually is so and researching this, in the era of the internet, literally only takes a couple of minutes of your time. This means that you could save several hundreds of dollars in minutes. It really doesn’t get any more frugal than that.